Sitecore Helix has provided us with a uniformity that has been great for the community.  It has given us a set of standards to work from and to ultimately make the stuff we make more plug and play.  With the update of XBlog to Sitecore 9 we also invested time in converting this to the Helix architecture.  I recently led the development of a news based project in Sitecore 9 and used XBlog as a foundation layer to accelerate the process.  Here is how it was done.

The first struggle we hit was the fact that we were creating a news site and not a blog site.  It can be argued that they are basically the same thing, a collection of items that are presented with a date, author, categories and tagging.  Yet how you name things is certainly important to communication.  The last thing you want to do is tell your authors to “add a blog item”, when what they want is to “add a news item”.

The term “article” is much more neutral.   (Something I am considering rewriting XBlog to at some point.)  With our current scenario we had to push forward with changing all references of “Blog” to “Article” in project namespaces, variables, and Sitecore items.  This did bring up the fundamental problem of breaking any chance of an upgrade path to future releases of XBlog.  But it is important to remember that XBlog can be downloaded, installed, and used as is or you can download the source and customize it to any extent you need.  By doing the later you are most likely customizing this beyond any possibility of upgrade and would instead cherry pick future changes to integrate into your project.  Justifying this path made the name change an acceptable solution.

The other obvious hurdle was simply the process of changing all references of “blog” to “article”.  Overall it was not terribly difficult.  Search and replace for the win, followed by a healthy list of compile errors to walk through.  The biggest hurdle was around plural naming.  Making sure that the concept of blog vs blogs was maintained when converting to article vs articles.

The process took a few hours and by the end of the day I was able to create a base XBlog instance with the new naming.  Overall this was well worth the investment knowing that we had a strong base to work from that the client would also be able to recognize.

The XBlog foundation, now known as Article foundation, has a lot of great features that extends upon Sitecore functionality.   Not everything was kept, but what was kept, helped accelerate the development process.  Here is an overview –

What was not used?

In summary I would say that about 70% of the foundation layer was reused to accelerate our project, while none of the feature layer was used.  The feature, mainly views, were to generic for our needs.  Instead we opted to build from the foundation and create a new feature level layer to support the news direction we needed.

In the second half of this blog post we will go into more detail of how XBlog foundation layer logic merged with our custom feature project.

Zachary Malmquist is a Sitecore Services Company doing business out of Northern Minnesota. Zachary Malmquist has been providing Sitecore development services for over thirteen years and Sitecore Technology MVP expertize for the last five. We have led many different implementations and strive to provide best practices in the Sitecore community. 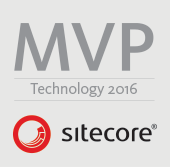 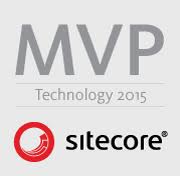